Veterans Day, a day to recognize veterans and their service, was called Armistice Day when I was a child. On the 11th day of the 11th month at the 11th hour, my classmates and I stood, faced the east, and had a minute of silence to remember the signing of the armistice which ended “The Great War”.

On November 11, 1918, the world finally had enough of the irrational killing spree known as World War I. Twenty million individual human beings had perished in what was the largest military conflict the world had yet seen. Many thousands more died of starvation and disease after the war. World War I convinced much of the world of the insanity of war.

America had lost 112,000 of its soldiers in a conflict which had little to do with American interests. Americans found themselves extremely disenchanted with war, and, like the rest of the world, they observed Armistice Day as a time to remember veterans and appreciate the blessings of peace.

After the Korean War, President Eisenhower signed a bill in 1954 that changed the name of the national holiday to Veterans’ Day. There were good intentions: America’s veterans of wars other than World War I deserved some recognition. 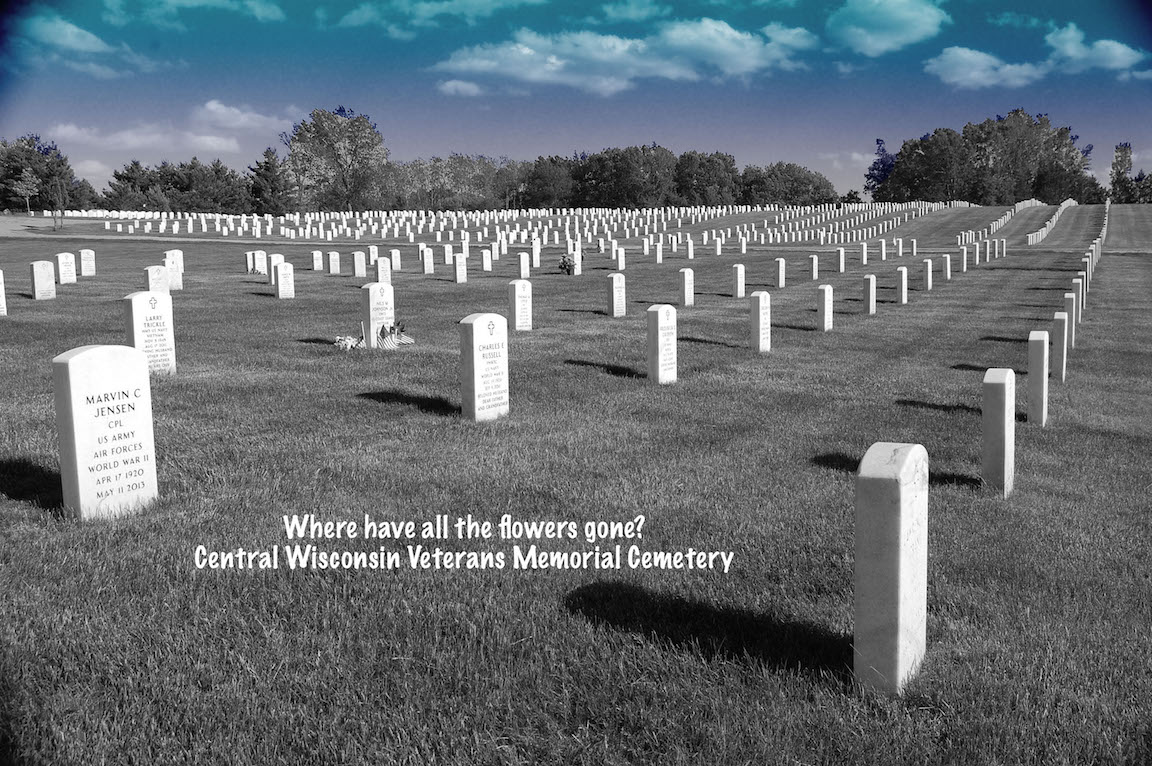 In the years since the renaming of Armistice Day, the United States became an empire, with hundreds of thousands stationed in over 130 foreign countries, all over the planet. (We are the only nation to do so.) The United States has the largest military budget in the world, greater than all other nations on the planet.

Think about that. The United States resides in stable North America, oceans away from most of the world’s conflict zones, has friendly neighbors, and has the world’s most potent nuclear arsenal.  It is—unlike Russia, China, Germany, France, India, Pakistan, and most other major powers – very intrinsically secure. Yet we spend the most on “defense.” THE MOST!

We must indeed remember the millions of Americans who have been and continue to be sent to foreign lands to fight for dubious causes and imperial crusades. One day, let’s hope that the last war fought will seem like a distant memory, and that the veterans who pass away will not be replaced by new ones returning from foreign occupation.

The Wisconsin Department of Military Affairs has announced, “Nearly 400 Wisconsin Army National Guard Soldiers from the 2nd Battalion, 127th Infantry will deploy to Afghanistan this winter in support of the NATO-led Resolute Support mission.”

One day, let’s hope most Americans will pay respect to the tragic sacrifices of America’s soldiers of the past by observing the beautiful bedrock of civilization—peace. One day, I hope we can rejoin the world in a celebration of truce. One day, I hope America will honor America’s veterans by restoring the original meaning of Armistice Day, saying, “never again.”